The CHA Board of Commissioners is the governing body that determines policies and resolutions of CHA. The Board approves decisions that chart the direction of current and future programs and authorizes the actions of the Chief Executive Officer and his designees. 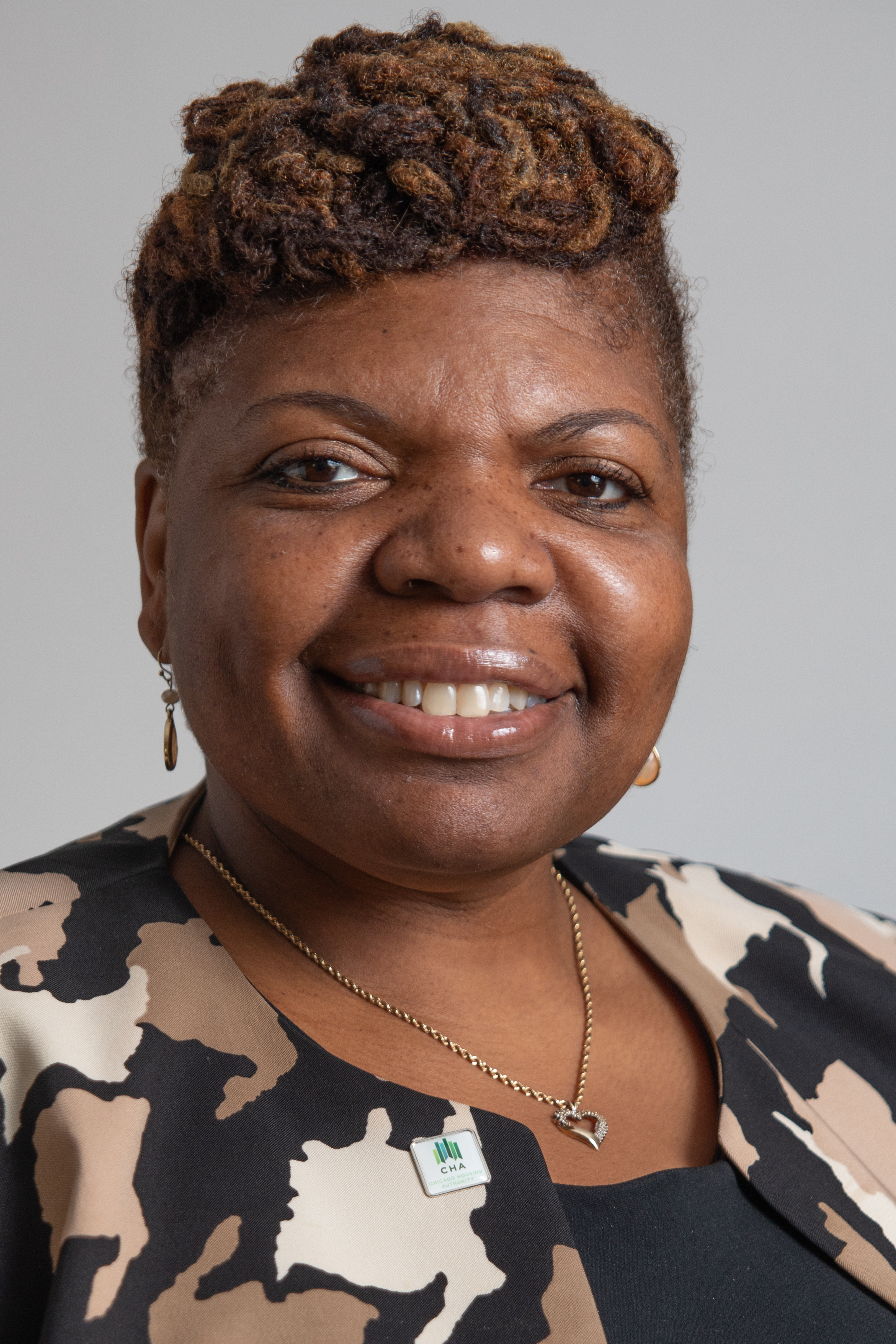 Angela Hurlock is the Chairperson of the Board of the Chicago Housing Authority. She has more than 20 years of experience in providing affordable, safe and environmentally-efficient housing to low-income residents of Chicago.  She was appointed by Mayor Lori E. Lightfoot in September 2019.

Ms. Hurlock serves as Executive Director of Claretian Associates, where she oversees the development, execution and evaluation of the community development corporation, which serves 3,000 families a year. It provides affordable housing and vital services that benefit the safety and well-being of residents and families in South Chicago and its surrounding communities.

Prior to that, Ms. Hurlock served as Senior Director of Real Estate Development for Bethel New Life, a non-profit serving Chicago’s West Side. During her tenure, the organization was able to provide families at or below 50 percent of the Area Median Income (AMI) with affordable, transit-oriented housing opportunities and employment resources while reviving the community area through economic development.

Ms. Hurlock has been awarded the South Chicago Chamber of Commerce Citizen of the Year, recognized as a Harvard Kennedy School Achieving Excellence Fellow, received a Green Award from Chicago Magazine, and inducted as an inaugural fellow the University of Chicago’s Civic Leadership Academy.

She has served on the Board of Directors for the Neighborhood Housing Services of Chicago, Metropolitan Family Services-Southeast, University of Chicago Urban Lab Advisory Committee, Alliance of the Southeast and Chicago Rehab Network, where she is also a pro-bono instructor. She is a volunteer with Chicago Development Fund Advisory Board, is a Special Service Area #5 Commissioner and lectures on Project and Construction Management throughout Illinois.

Ms. Hurlock has a Bachelor of Science in Architectural Studies, a Masters of Business Administration and a Masters of Architecture from University of Illinois at Urbana-Champaign. 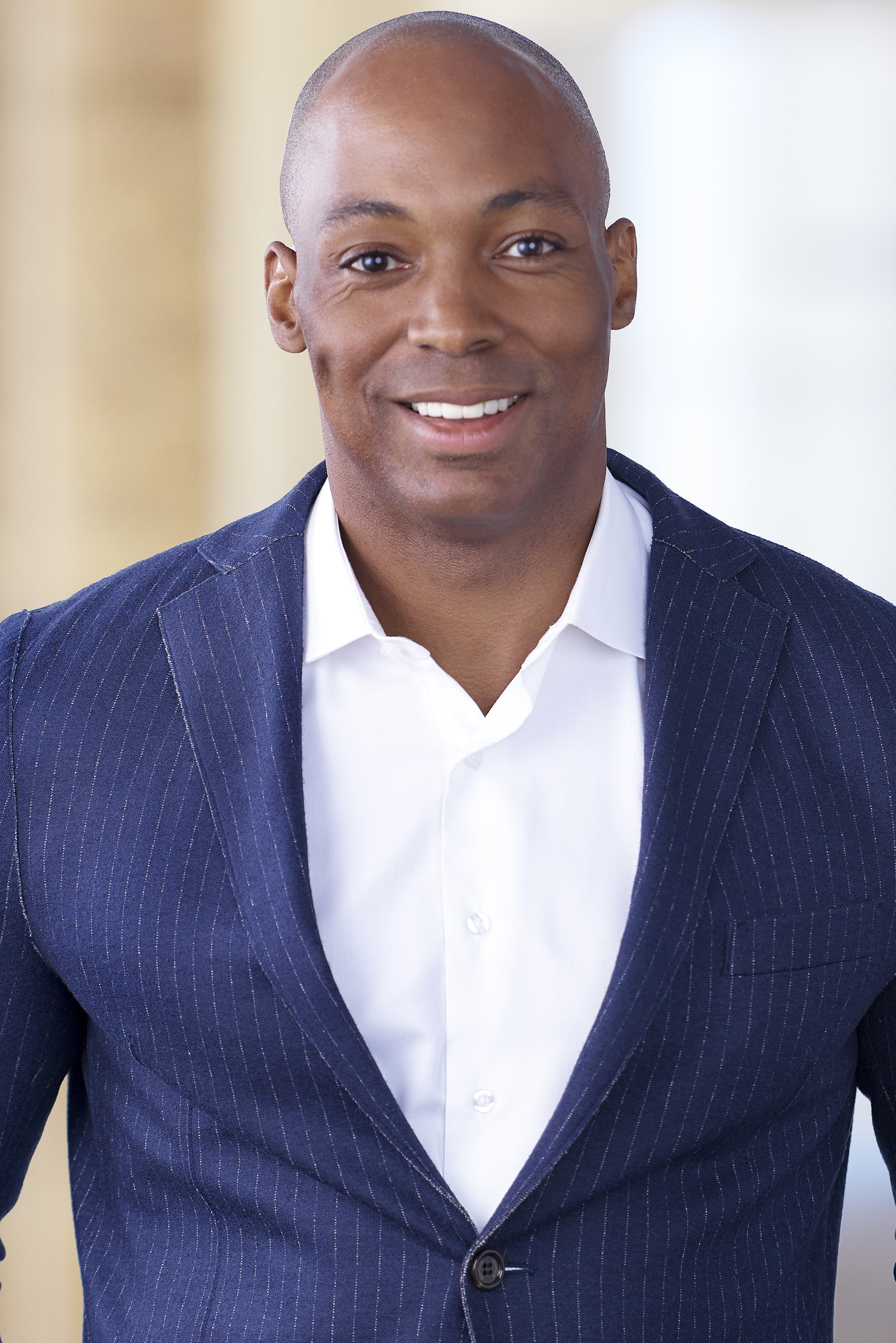 Matthew Brewer, a partner at the law firm Bartlit Beck Herman Palenchar & Scott LLP, serves on the agency’s Board of Commissioners.

Brewer attended Stanford University where he served as student body president and obtained his B.A with honors. After college, he worked in the Chinese music industry as a consultant on marketing and intellectual property issues. Brewer earned a J.D. from Yale Law School and an M.B.A. from Harvard Business School.

Brewer grew up on the South Side of Chicago.

The Chicago City Council approved the appointment of Brewer as a member of the Board of Commissioners on Wednesday, Nov. 13, 2013. 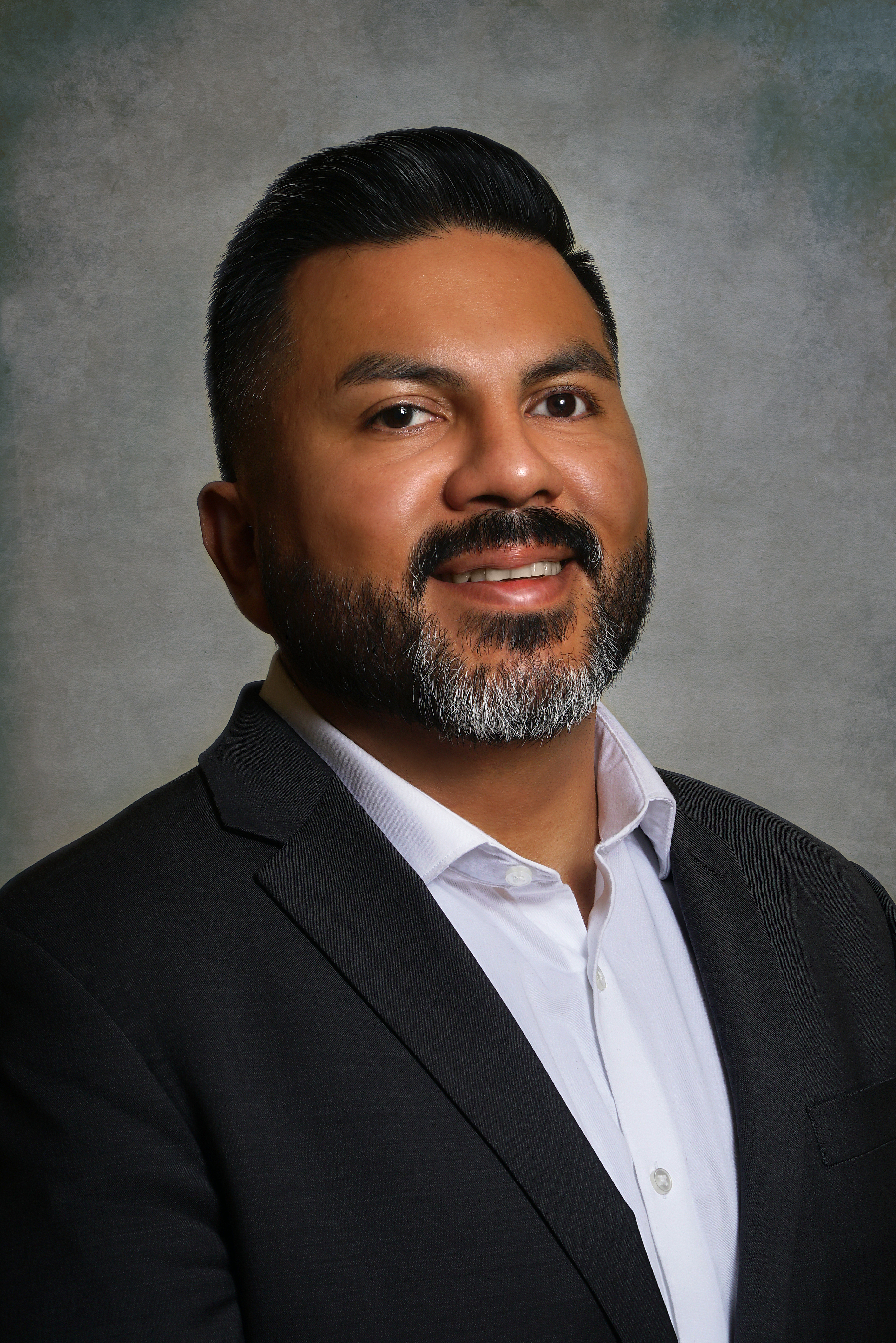 Luis founded Latinos Progresando in 1998, to serve Chicago’s Pilsen and Little Village communities where he was born and raised, and continues to live today. In 2010, Luis also launched the Marshall Square Resource Network, a highly-localized coalition that has grown from three to more than 45 organizational partners, building the capacity of member agencies to advance integrated solutions to the most pressing issues on Chicago’s southwest side.

Luis contributes knowledge as a steering committee member of civic organizations like We Rise Together, Chicago’s Racial Equity Rapid Response Team, Forefront’s Advancing Racial Equity Committee, and Resilient Chicago. Luis was also a member of an AJC delegation of Latino leaders to Israel.

Luis serves as co-chair of the Equity & Inclusion Committee on the Board of Directors of the ACLU of Illinois, and as a board member of the Lincoln Park Zoo, Esperanza Health Centers, HHPLIFT, Lookingglass Theatre Company, and AMPT. Luis received the Leaders for a New Chicago Award from the Field Foundation in 2019, the Hispanic Heritage Leadership Award from the Chicago Bears in 2018, Positive Impact Award from Hispanicize in 2017, and the Excellence in Community Service Award from MALDEF in 2011.

The Chicago City Council approved the appointment of Luis Gutierrez as a member of the Board of Commissioners on Wednesday, October 27, 2021. 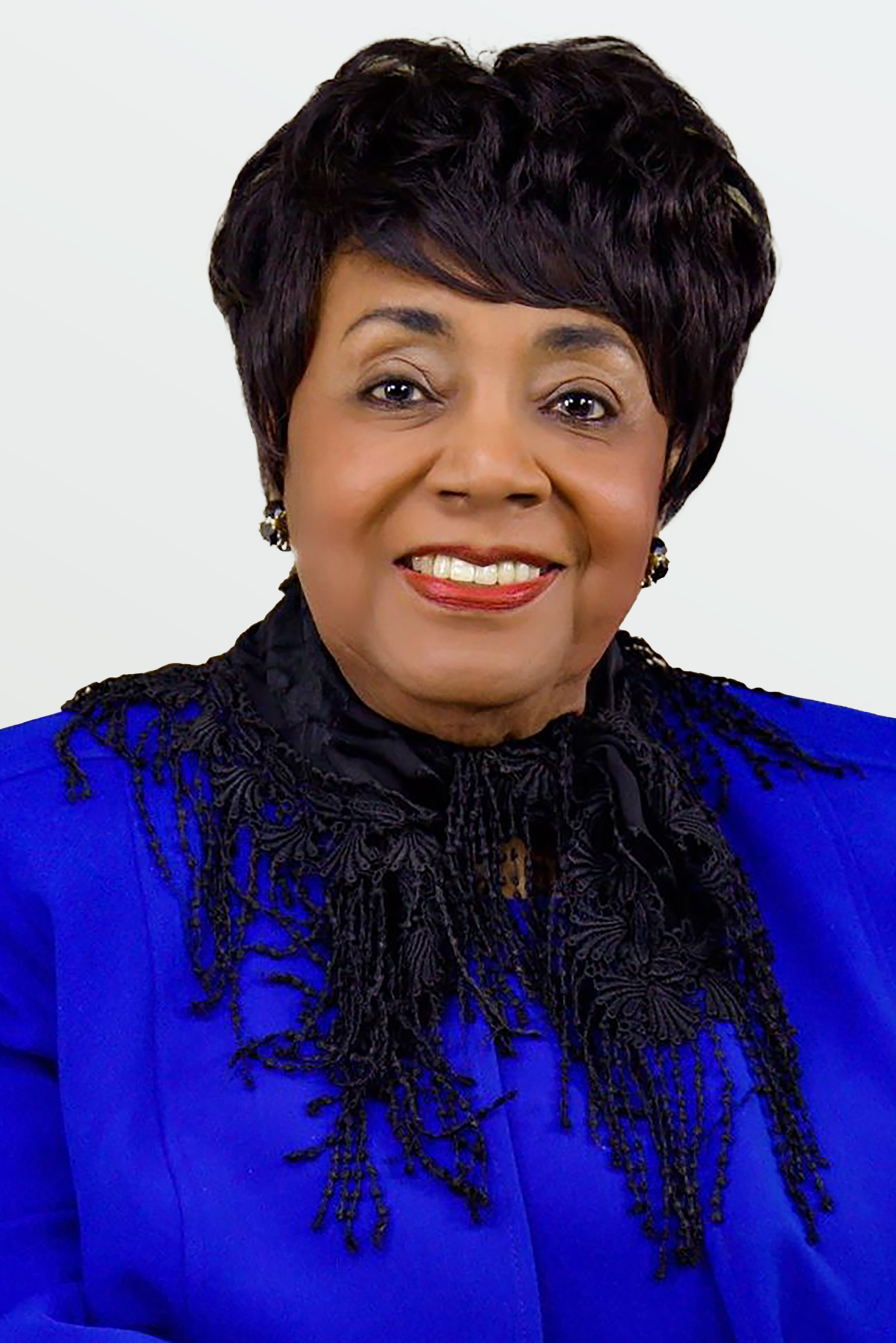 As a Commissioner Dr. Harris has pioneered and contributed to various CHA-related efforts. She created the “Adopt-A-Senior Building” program, raising hundreds of thousands of dollars to refurnish the sitting areas in 57 CHA senior buildings. As a result, CHA received an award lauding the program from the National Association of Housing and Redevelopment Officials. Dr. Harris is Founder, President and CEO of God First Church and Ministries, which has contributed well over $50,000 in scholarships for CHA students. She has established a food pantry for CHA senior residents.  Commissioner Harris was first appointed to the CHA Board of Commissioners on July 7, 1999 and has since received four reappointments due to her exemplary leadership and continued commitment to CHA improvement.  On June 29, 2022, the Chicago Housing Authority dedicated a Senior Building to Commissioner Harris. This building is in the Woodlawn Community and is now known as the Dr. Mildred C. Harris Apartments.

Dr. Harris served on the Advisory Board for Illinois Attorney General Lisa Madigan and in 2010 was appointed to the Presidential Rank Review Board for President Barack Obama. Presently she serves on the Advisory Council for Illinois State Treasurer Michael Frerichs and sits on the Women’s Board of the Goodman Theatre.  She is a life member of the National Council of Negro Women, Platinum member of Chicago Illinois Links Incorporated and is a member of the Union League Club of Chicago.

Dr. Harris is the author of several religious books, has hosted her own television and radio programs and has organized prayer vigils as she one of the Speakers for the Chicago September 11th Remembrance.   Dr. Harris received the ASCAP Award from the Music Society of American Composers in New York City, New York for her musical rendition of Tribe of Judah En Danse.

She received the 1999 National Council of Negro Women and Aunt Jemima Brands – Community Leader of the Year Award and the 2005 Jefferson Award from NBC 5 Chicago.  Dr. Harris was voted as one of Chicago's Leading Pastors in 2009 and she was voted into the City of Chicago Seniors Hall of Fame sponsored by the Department of Family Support Services.  She received the 2013 UNCF Legacy Award, the 2015 DuSable Museum Dr. Margaret Burroughs Legacy Award and the 2016 Intercession for Chicago Leadership Award sponsored by the Chicago Prays Executive Board.

In March 2018, Dr. Harris received the “Top 20 Global Women of Excellence Award” from the office of the Honorable Danny K. Davis, Congressman, Illinois 7th District as well as the Women in Ministry Award from the Honorable Toni Preckwinkle, President of the Cook County Board of Commissioners.  She is the recipient of the 2019 Albert Nelson Marquis Lifetime Achievement Award sponsored by the Marquis Who’s Who Publication Board.  In addition, Dr. Harris received the 2020 City of Chicago Champion of Freedom Award from The Honorable Lori E. Lightfoot, Mayor, City of Chicago. In 2021, She received the Community Policing Living Legend Award from the 003rd District Commander Roderick S. Watson.

An explorer and world traveler, Dr. Harris has taken a  journey to all the Continents of the World. 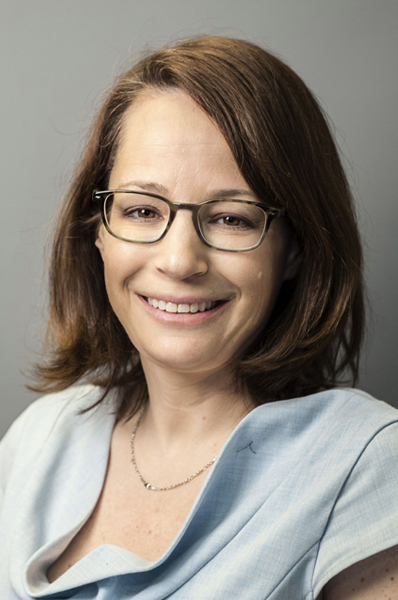 Meghan Harte serves as the executive director of the Chicago office of the Local Initiatives Support Corporation (LISC). A national leader in comprehensive community development, LISC Chicago’s mission is to connect neighborhoods to the resources they need to become stronger and healthier. Meghan oversees a professional staff of 13, an active real estate loan portfolio, and an annual organizational budget of $8 million.

Prior to joining LISC Chicago, Meghan served as Mayor Rahm Emanuel’s Deputy Chief of Staff. Previous to working in the Mayor’s office, Meghan was Vice President at AECOM. She also served as the Managing Director of Resident Services for the Chicago Housing Authority.

Meghan served as a deputy chief of staff for Mayor Richard M. Daley and held positions surrounding the 1996 Democratic National Convention and the 2012 NATO Host Committee.

Meghan holds a B.S. degree from Vanderbilt University and received her JD from Loyola University Chicago School of Law. She serves on the Chicago Housing Authority Board of Commissioners, is on the board of Special Children's Charities Chicago and is a volunteer coach at ABC Pilsen. 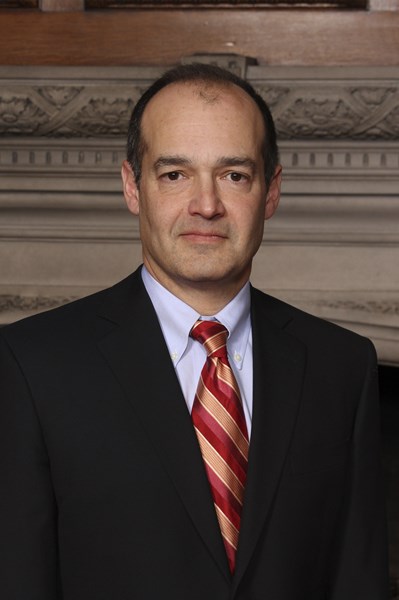 Matanky serves as the North American Chair of the International Council of Shopping Centers’ (ICSC) Ambassador Program. He is a member of the ICSC Open Air Committee and the ICSC Nexus program planning committee. Matanky regularly participates as a panelist for both the ICSC and the Urban Land Institute. He has worked with the City of Chicago as a mentor for retail redevelopment and served on the Chicago Building Departments Commissioner’s advisory panel, as well as on the Illinois Food Marketing Task Force, responsible for developing strategies to eliminate statewide food deserts. He is Chairman of the Chicago Stockyards Commission SSA#13 and participates on a Federal Reserve Bank of Chicago advisory panel as well as on the Chicago Trend Steering Committee. Matanky also serves on the Board of Governors of the Hebrew University of Jerusalem. He was honored as a principal for a day in the Chicago public schools. He has involved himself in the community through a variety of past roles including as an officer of the West Humboldt Park Development Council, board Member for the Chicago Association of Neighborhood Development Organizations, board member of the JCCs of Metropolitan Chicago and as past chairman of the Museum of Contemporary Art of Chicago Circle Council.

Matanky has been honored as a recipient of the Chicago Neighborhood Developer of the Year Award multiple times for his work in Chicago’s underserved communities. He received the Distinguished Alumnus Award from the University of Illinois, College of Law and was named as an Honorary Fellow of the Hebrew University of Jerusalem.

Matanky graduated with honors from the University of Illinois with degrees in finance, accounting and law. He earned an honors graduate degree in law from Cambridge University, Cambridge, England. He is certified by ICSC in Executive Leadership (CRX), Leasing (CLS), Development (CDP), Shopping Center Management (CMS) and Marketing (CMD).

Matanky currently resides in Old Town with his wife and two children. 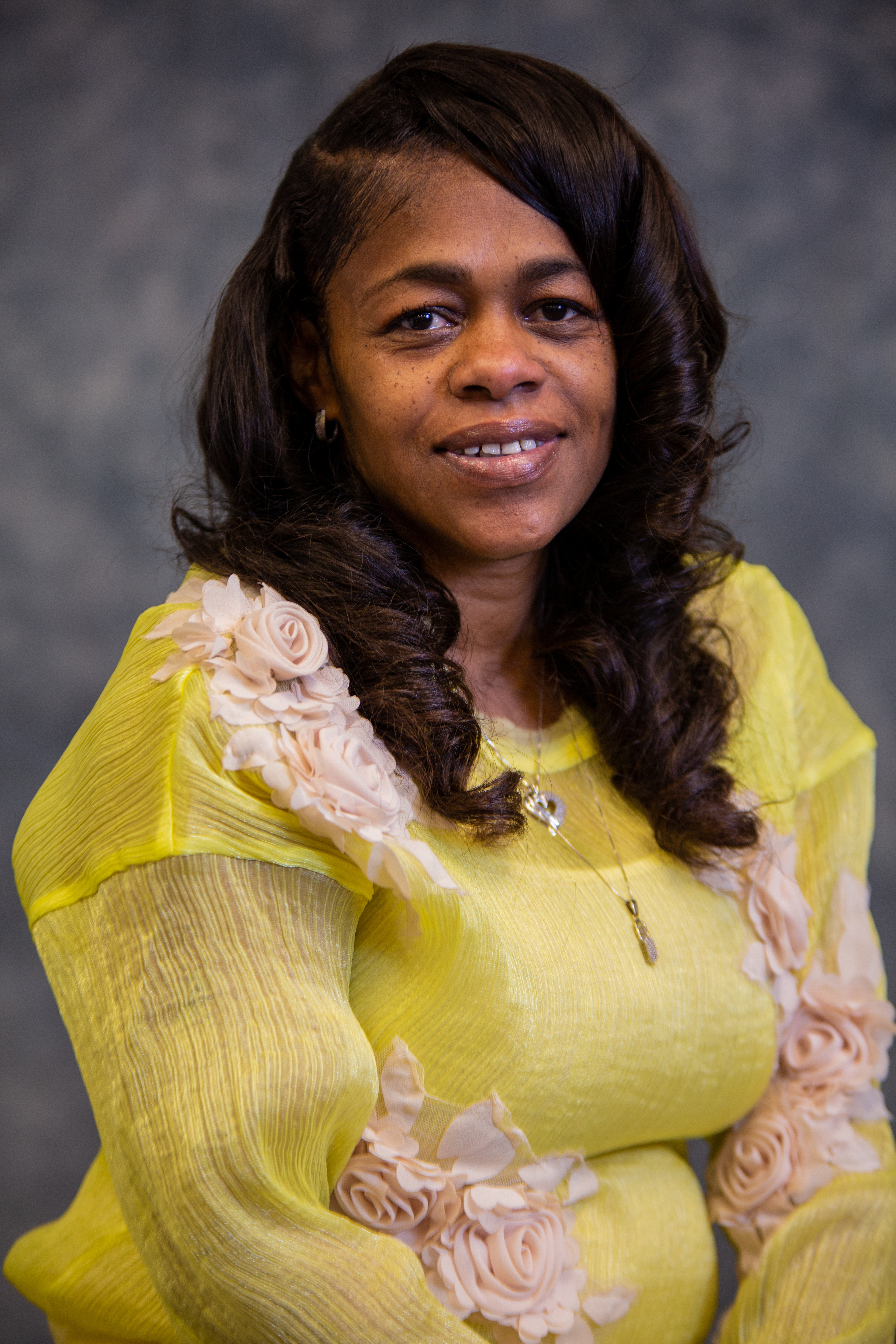 A community activist for over 23 years, Debra Parker is known in her community as a role model, mentor and consensus builder and has served as liaison between residents and local officials.  An advocate for better life choices to improve the quality of life for low-income families she has traveled the country speaking on policies that affect the people she serves. Debra Parker is a member of the Housing Choice Voucher Participant Council.

A former Altgeld resident, Debra Parker served as Vice President of the Local Advisory Council at Altgeld Gardens and was a voting member of the Altgeld Gardens Working Group.  Working as an Information and Referral Counselor for Teenage Mothers with the Chicago Housing Authority, Ms. Parker was able to utilize her wealth of knowledge in housing issues while addressing and promoting upward mobility for all CHA residents.

After working for over a decade for Holabird & Root Architecture, Debra’s experience and expertise in permit administration catapulted her to form her own company: Carol’s Consulting and Expediting Services that assisted small minority businesses with architectural administrative tasks as well as licensing and permits.

Debra Parker studied Organizational Leadership at Roosevelt University in Chicago and she looks forward to advancing and improving the working relationship between CHA and its Resident Leadership through shared interests and responsibilities. 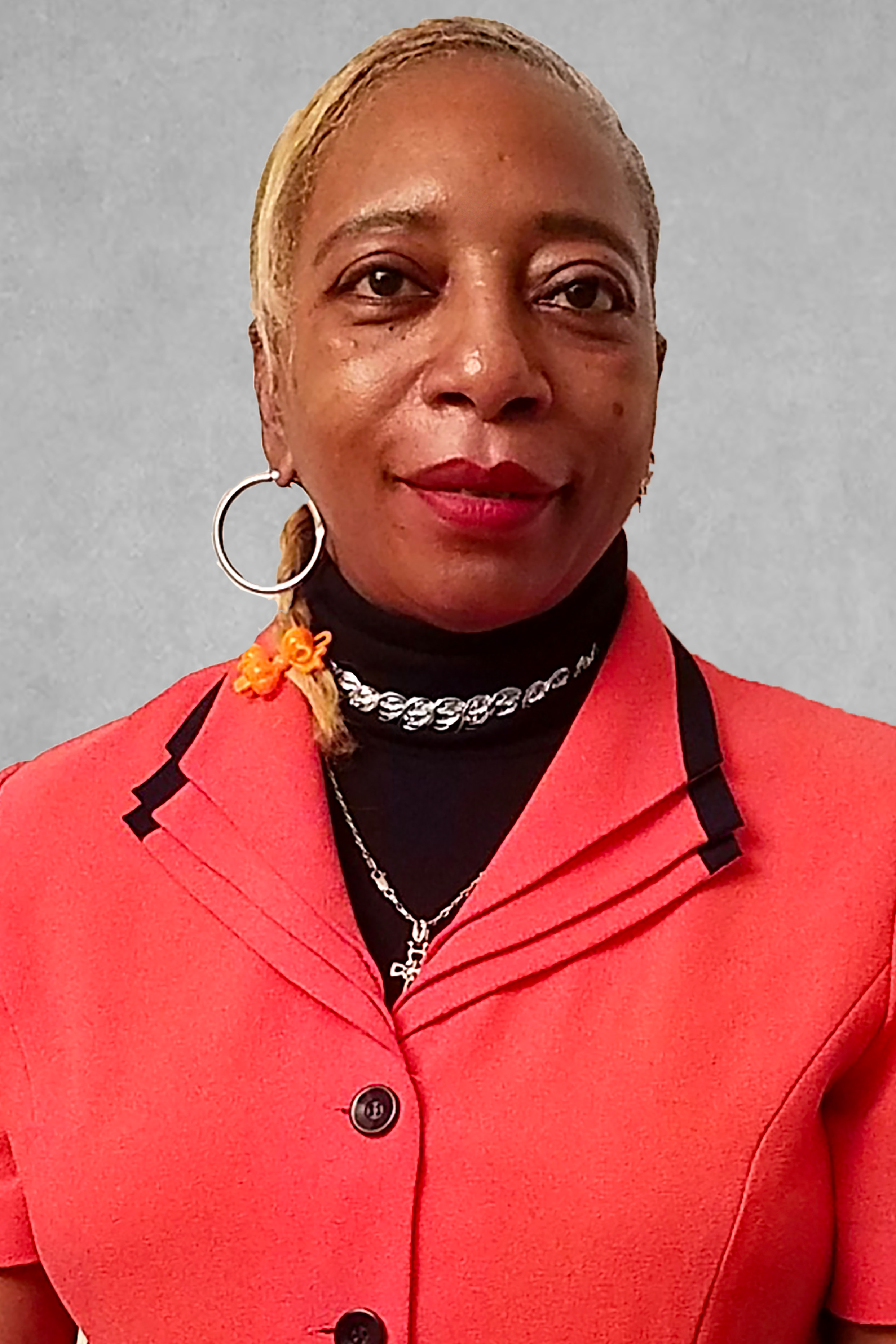 Francine Washington was appointed to the Chicago Housing Authority Board of Commissioners in June 2014.

In her various roles, Washington has aggressively addressed important issues that affect communities and residents, such as community safety, building maintenance, and the need for public housing residents to be recognized and supported. She has also seen to it that CHA residents are healthy, serving as Director of the Summer Food Program, in which CHA residents are provided healthy meals free-of-charge. She has selected sites for the program, hired and trained staff, provided management supervision and prepared applications and contracts for the program.  She was also a CHA Property Manager from 1980 -1982.