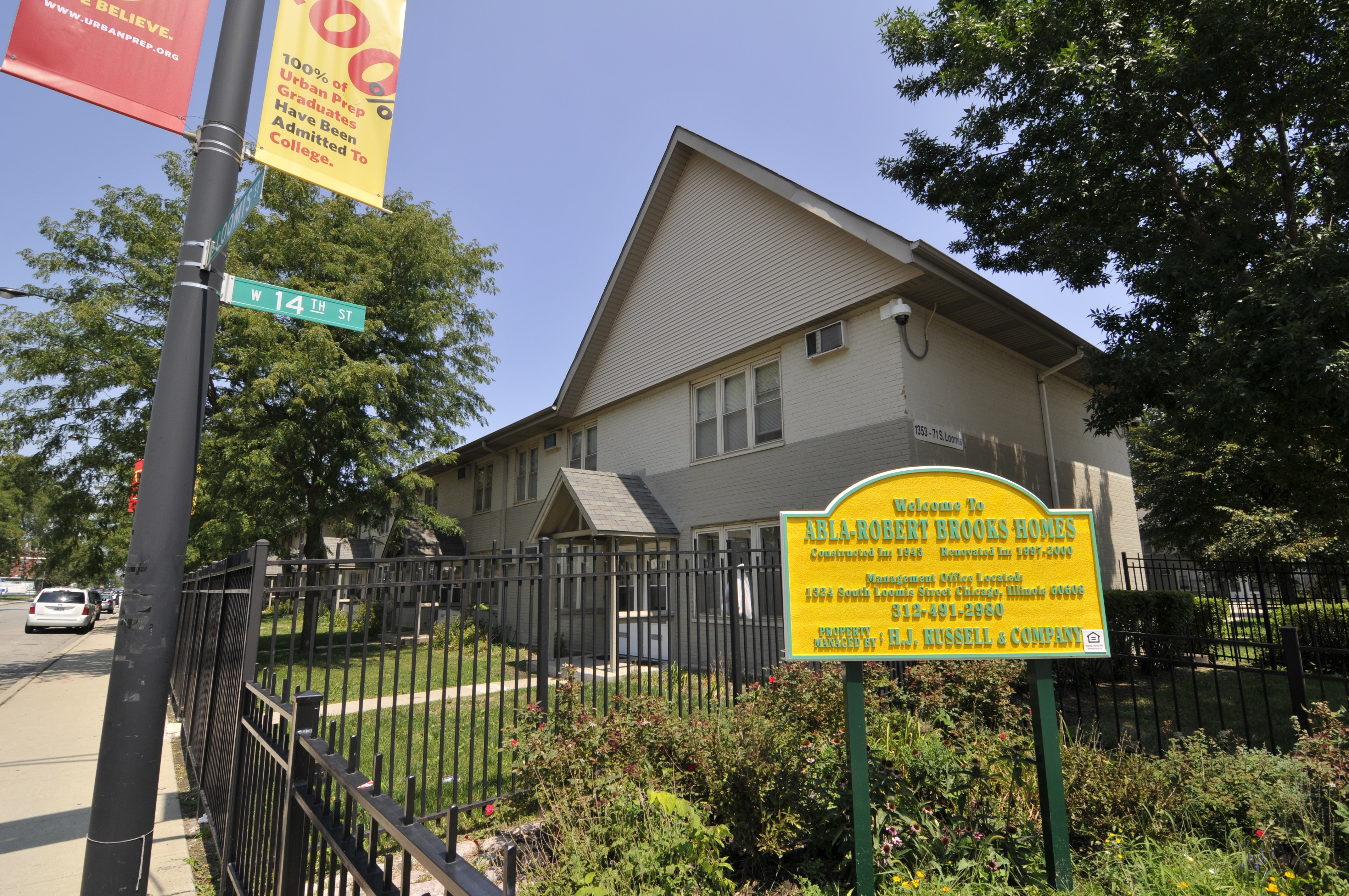 Brooks Homes is 330 two-story rowhomes in the Near West community.

Brooks Homes was named after Private Robert H. Brooks who was one of the first soldiers to die at Fort Stotenbugh when the Japanese attacked the Philippines during World War II. Brooks' remaining 330 rowhomes were built in 1943 and are original parcels of the former ABLA Homes development. The development features 1, 2, 3, and 4 bedroom homes.