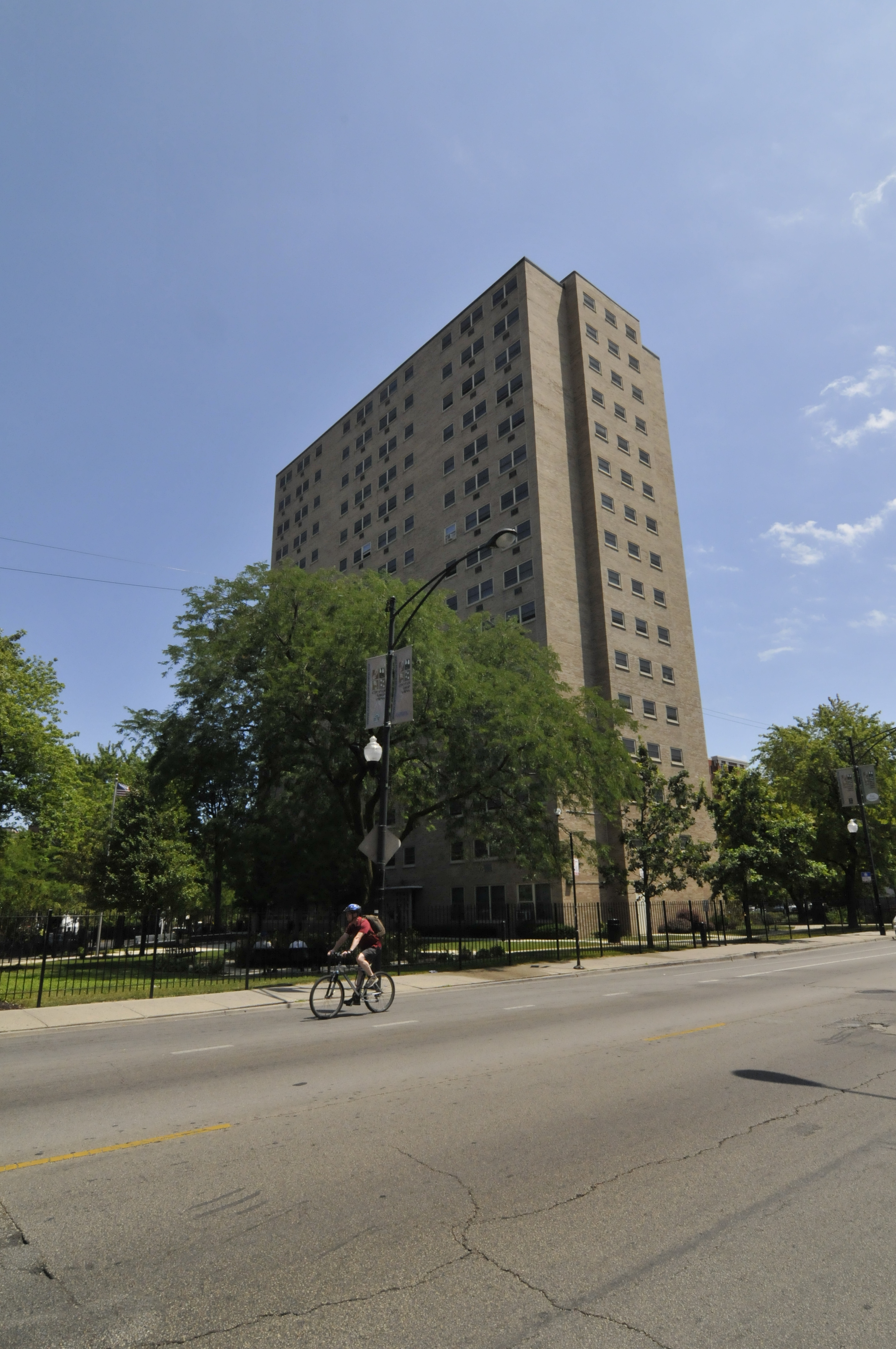 Hattie Callner Apartments is a 147 unit Senior building in the Lakeview community.

The Hattie Callner building was constructed in 1965 between Clark and Halsted in Lakeview. The site is named after Hattie Callner, an associate of Jane Addams and namesake of a former theater at Jane Addams Center Hull House. The building was well known in the neighborhood for its sprawling rose garden, inviting landscaping and courtyard that is still frequently mistaken for a public park. The development features studio and one bedroom apartments.