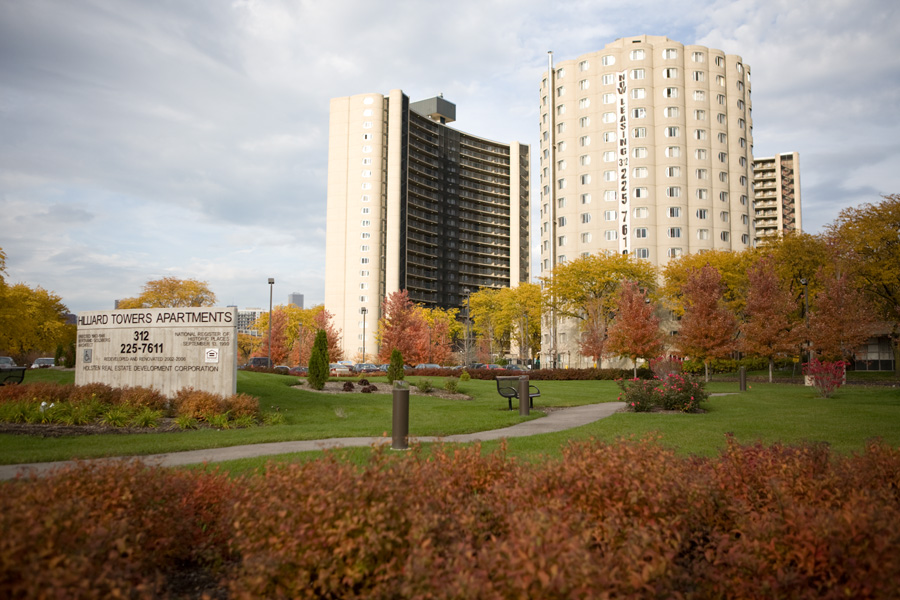 Hilliard Homes is a mixed-income development with 188 Senior CHA units in the Near South community.

Hilliard Towers Apartments includes four residential structures and a community building on the city's Near South Side at the site of the former Raymond Hilliard Center.  It is located across the street from the National Teachers Academy, near McCormick Place and Chinatown.   The 12.5-acre site includes a total of 654 new rental units for seniors and families, all at affordable or income-based rents.