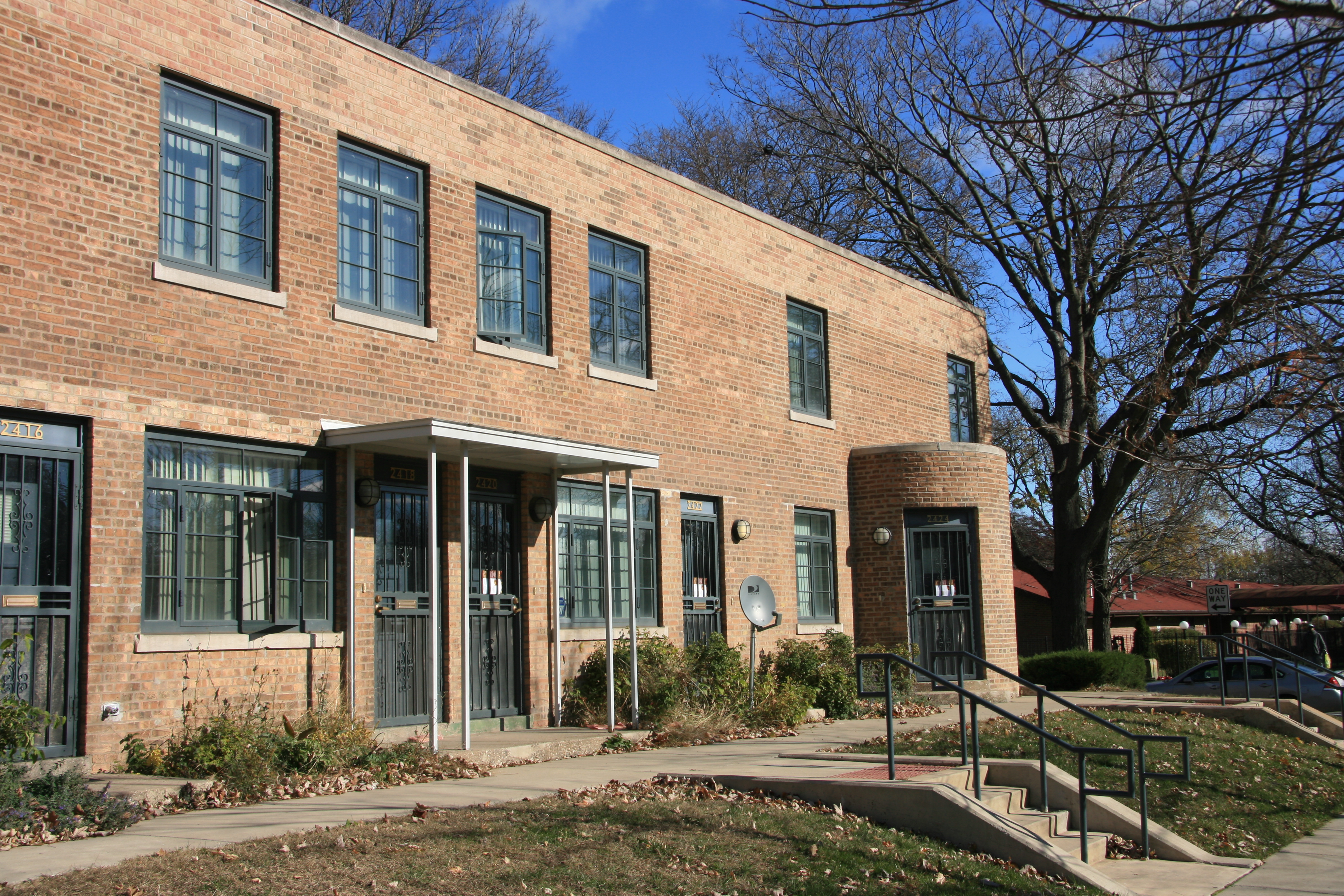 The last of three Public Works Administration projects commissioned in Chicago as part of Franklin Roosevelt's New Deal, Trumbull Park Homes is arguably one of the CHA's most historically significant buildings in its housing portfolio. Built in 1938, the development features a low-density design of two-story rowhouses and three-story apartment buildings spread out across 21-acres. Turmoil erupted in 1953, when the first Black families moved into Trumbull. Daily outbursts of rioting broke out and continued for more than seven months. From 1953 to 1957, sporadic acts of violence, including aerial bombs, riots and arrests, accompanied the move-in of black families. The subject made a 1954 issue of Time Magazine and spurred a march on city hall by the Chicago Negro Chamber of Commerce. Today, the scene at Trumbull Park Homes is much more tranquil. The outdoor common area features beautifully landscape grounds, repaved walkways and grilling pits perfect for summer barbecues. All 434 units are renovated and ready for occupancy with new kitchens, bathrooms, lighting fixtures and flooring.